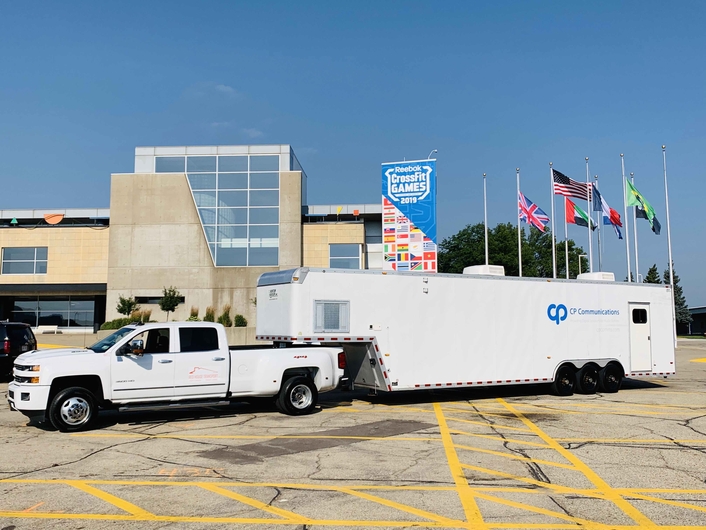 CP Communications established a base at the exhibition centre outside the Alliant Energy Center, and built a fibre infrastructure from its 40-foot CP-1 Digital Communications Trailer to cover the entire competitive course. The fibre infrastructure also delivered the live event production feeds that were distributed throughout the complex, allowing fans, participants and sponsors to watch the events in real-time. The 13th CrossFit Games took place earlier this month, with a focus on aerobic, weightlifting and gymnastics for the almost 200 male and female participants.

The fibre infrastructure was based around four, 48-strand fibre trunks to a demarcation point, where anywhere from 24 to 60 fibre strands were run to the various competition and spectator areas. The fibre network accommodated all audio, data, and video acquisition, transport and distribution services required between these locations and CP-1, which served as CP Communications’ production workspace in the broadcast compound. MultiDyne VF-9000 high-density video fibre transmission frames and MD-3000 fibre transceivers were used at all locations to move and process signals between any point, with a Dante network deployed to support audio and intercom on the same fibre backbone. 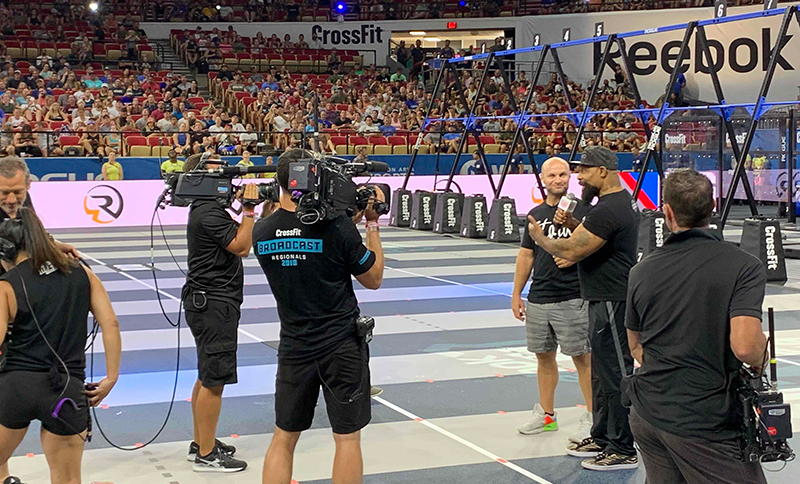 “We employed six bonded cellular rigs to cover events outside the Alliant Energy Center campus, including the ruck race and the swimming events downtown,” said Kurt Heitmann, CEO, CP Communications. “All of our wireless audio, communications and video systems worked seamlessly both inside the coliseum and outside at North Park Stadium, including our traditional CODFM wireless cameras. This flexibility is yet another example of our leadership and expertise in building customised, hybrid systems to ensure reliable event coverage across multiple sites. While we remain RF specialists, we can simplify the overall infrastructure and ensure 100 percent coverage by leveraging the power and flexibility of IP and bonded cellular networking.”

The CrossFit organisation also served as the World Feed host broadcaster, providing a completely IP-based world feed to various websites and social media services, including YouTube and Facebook, in multiple languages. CP Communications engineers monitored the all fibre, IP and bonded cellular feeds on board CP-1 including the acquired signals coming back to the trailer, and the world feed transmissions going out.

“We provided H264 video from the Airlinks and managed the bitrate with a ceiling of 16 Megabits per channel,” continued Heitmann. “Using the Mobile Viewpoint LinkMatrix, a cloud-based management portal, we could easily make adjustments and troubleshoot on the fly. We are able to adjust parameters like bitrate in real-time to ensure continuous high-quality performance from the bonded cellular transmitters.”

“We communicated with our entire team over a standard public network, which enabled us to react quicker to technical issues and even use Wi-Fi hotspots as necessary,” said Heitmann. “The Unity system is a cellular system that also matches with our bonded cellular cameras. It gives us the freedom to move as needed and still keep the lines of communication open, which is vital to the success of a project of this enormity.”